SMS Patna is a leading IT Services provider

Based at Patna, Capital city of Bihar. We started with the core field of Web and Software Solutions and today we are present in the communications services through our Bulk SMS, Bulk Email, Voice SMS, Short Code and Long Codes services. SMS PATNA is one of the India's leading bulk sms. Our Easy to use API is reliable and ready for integration into websites, web provider company applications or any other Software meant for SMS Communication. Our online SMS tool, HTTP API, and Excel plug-in are provided free of cost to our users backed up by our excellent support team. .

Bulk SMS is the sending of large numbers of SMS messages for delivery to mobile terminals. It is used by media companies, enterprises, banks (for marketing and fraud control)

In its broadest sense, every email sent to a potential or current customer could be considered email marketing.Sending emails with the purpose of acquiring new customers or convincing current

Interactive voice response (IVR) is a technology that allows a computer to interact with humans through the use of voice and DTMF tones input via a keypad.IVR systems can be used for mobile purchases

Tollfree number is a virtual number with multiple contact numbers mapped behind it. Call placed at the tollfree number is cost-free for the caller and is automatically forwarded to the agent's number.

A political campaign is an organized effort which seeks to influence the decision making ... A message that is too narrow can alienate voters or slow the candidate down with explaining details.

A Short Code is a 5 or 6-digit number (e.g., 12345) used to send to and receive SMS messages from mobile phones. Short Codes are allowed for application to person (A2P) communication,

CCTV (closed-circuit television) is a TV system in which signals are not publicly distributed but are monitored, primarily for surveillance and security purposes. CCTV relies on strategic placement of camera

The Attendance Detail Report provides a flexible way of looking at each student with attendance, regardless of attendance type, by class. You can select a date range and see all attendance records for all students

GPS. Stands for "Global Positioning System." GPS is a satellite navigation system used to determine the ground position of an object. ... The satellites are evenly spread out so that four satellites

Bihar Legislative Assembly elections will be held in Bihar in October 2020 to elect 243 members of the Bihar Legislative Assembly. The term of current assembly elected in 2015 will expire on 29 November 2020.This will be a fight between RJD led UPA and JDU led NDA. On UPA side, RJD is likely to fight on 150 seats, Congress 50 and others like RLSP, HUM, VIP & Left parties on remaining 43 seats. On the other side which is ruling currently the state, BJP & JDU are likely going to contest 105 seats each and LJP will have remaining 33 seats.

In July 2015, BJP-led NDA won 13 seats (including 1 independent backed by BJP) out of 24 seats of Bihar Legislative Council election. JDU and RJD combine won 10 seats only, while 1 seat was won by an independent candidate. 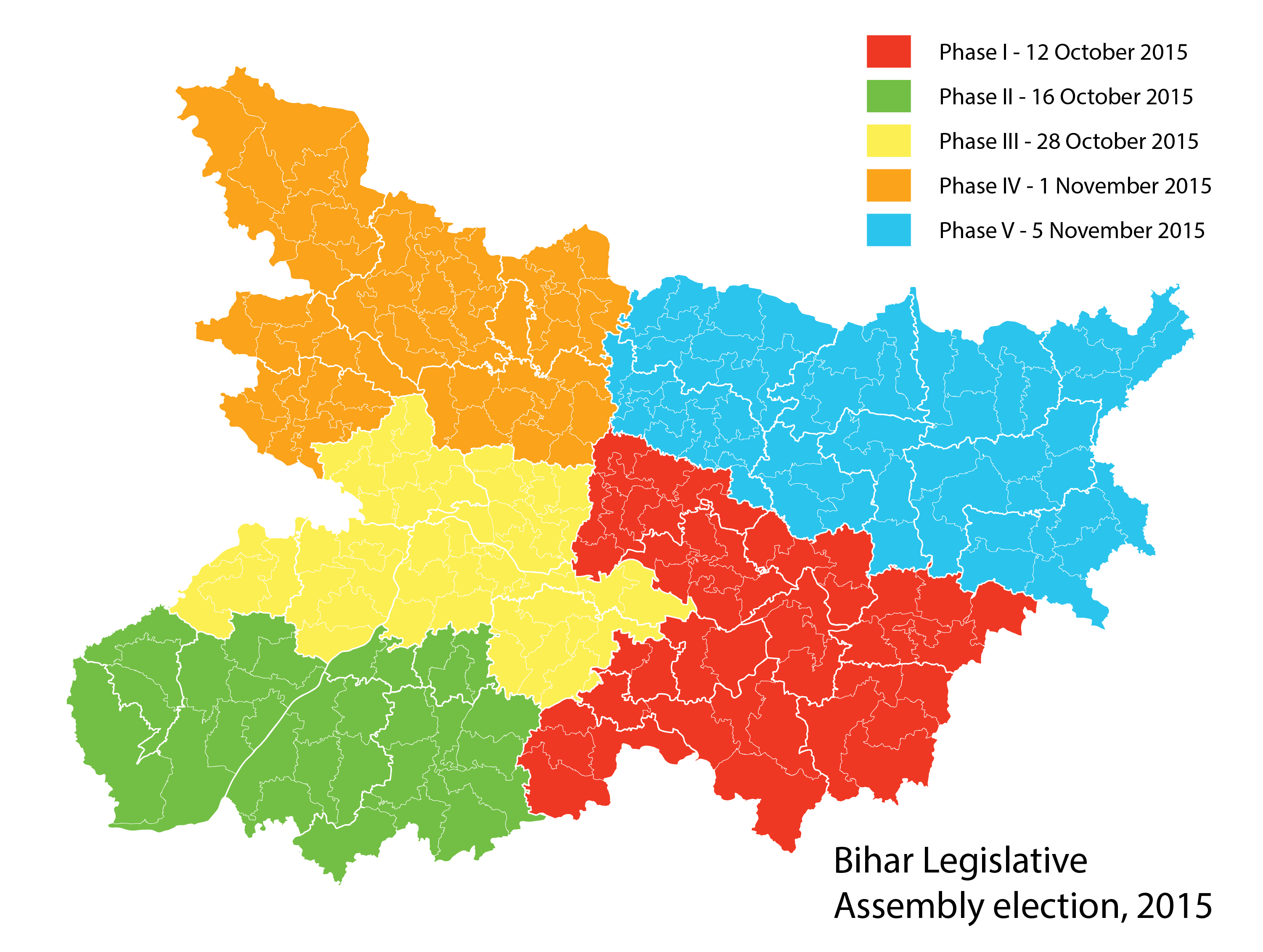 SMS Patna is one such innovative yet cost effective business promotion technique. It offers under its flagship two bulk SMS options: Transactional Bulk SMS Service and Promotional Bulk Service. In transactional route you can send informational messages like OTP's, bank alerts and more. Transactional SMS is a message which is sent by an organization to their customers to acknowledge the transactions that have been performed by them on their website or application. The delivery of such messages takes place 24*7 and can be sent by a bank, a website from where a person bought a service or even an alert for an event.

Delivery On All Number

These are SMS which are sent with the objective of promoting your product or service. This category includes any sales & marketing messages which may or may not be solicited by the recipient. Promote your business by sending SMS and capture leads. SMS Patna adds another facility of sending promotional SMS with sender id using Enterprise Route. Promotional SMS is a message which is sent by an organization to their customers to acknowledge the transactions that have been performed by them on their website or application. The delivery of such messages takes place 24*7 and can be sent by a bank, a website from where a person bought a service or even an alert for an event.

SMS Patna is a leading IT Services provider

Web design encompasses many different skills and disciplines in the production and maintenance of websites. The different areas of web design include web graphic design; interface design; authoring, including standardised code and proprietary software; user experience design; and search engine optimization. Often many individuals will work in teams covering different aspects of the design process, although some designers will cover them all. The term "web design" is normally used to describe the design process relating to the front-end (client side) design of a website including writing markup. Web design partially overlaps web engineering in the broader scope of web development. Web designers are expected to have an awareness of usability and if their role involves creating markup then they are also expected to be up to date with web accessibility guidelines.

Our work has been awarded or featured on: